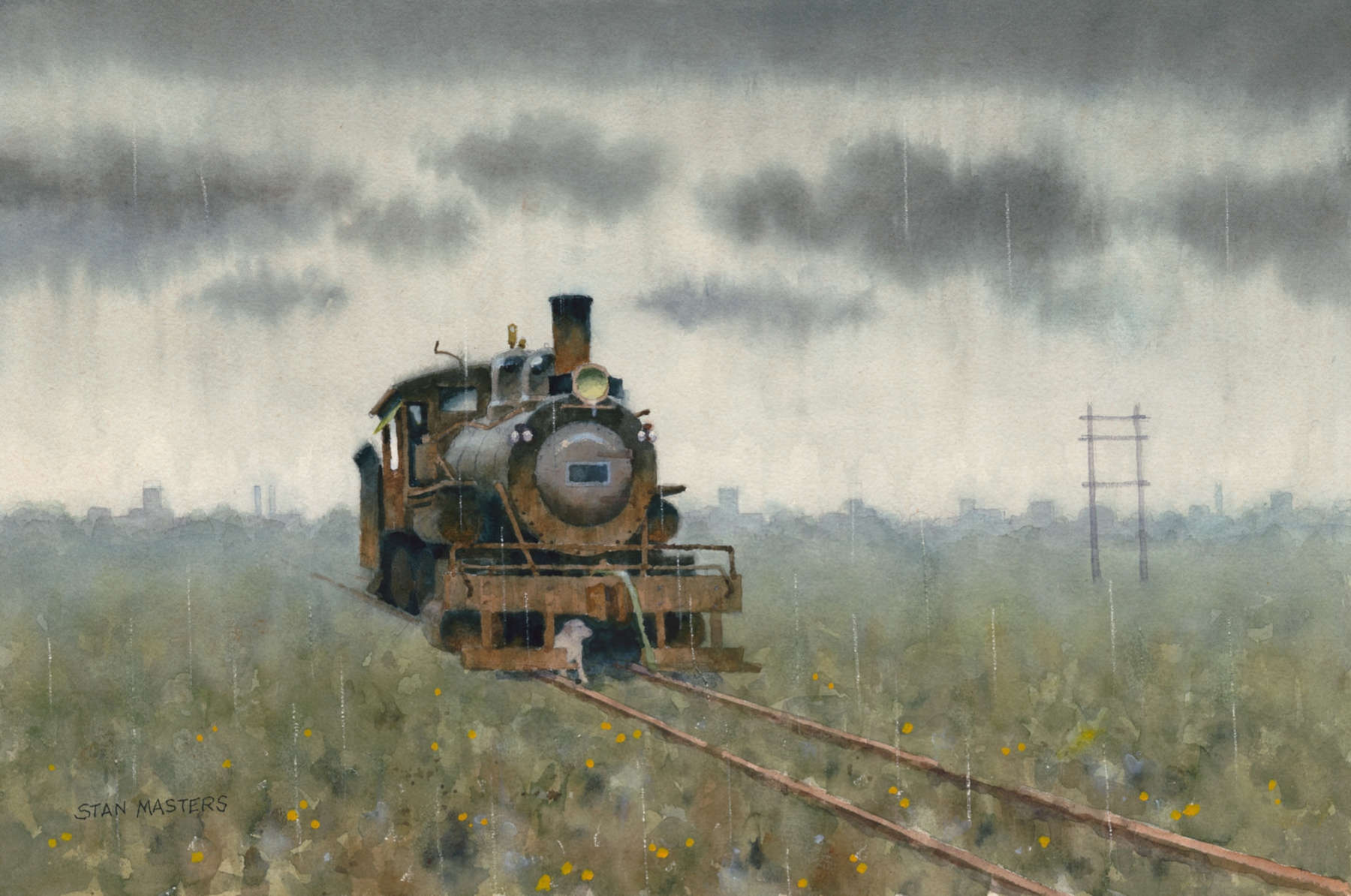 Throughout his career, Stan Masters (1922-2005) painted a large group of abandoned locomotives, often anthropomorphizing them with titles like "Once a King" and "Lonesome Loco". He painted at least two versions of this scene, the other without the dog which he titled "Self Portrait".
An apt metaphor, Masters was born and raised in a one room railroad shanty owned by the Missouri Pacific Railroad. The tracks passed within 6 feet of the front porch. His father and grandfather worked for the railroad. Trains were in his blood.
In his artist's statement, Masters wrote, "I want my pictures to do more than simply report facts or portray a likeness of the scene. I prefer to USE the subject as a means of expressing feelings, emotion, an idea or a mood. If I paint an old locomotive standing alone in the rain, I want you to feel the melancholy, the sadness of the situation."
Themes of melancholy and sadness imbue much of Masters' work, especially the abandoned locomotives which he almost always depicted alone in a field, rusted tracks leading to nowhere. Here, an interminable rain falls from dark clouds in a leaden sky. The city on the horizon dissolves into the landscape. And yet, all is not lost. Far from it. A dog has found shelter and waits patiently and alertly for the rain to stop. The massive arms seem to embrace the pooch, further protecting it from the elements. A small green awning, crisp and fresh, shades the conductor's window, protecting him from both rain and sun. Yellow flowers bloom in the nourishing downpour. Even his most poignant work teems with life and purpose.