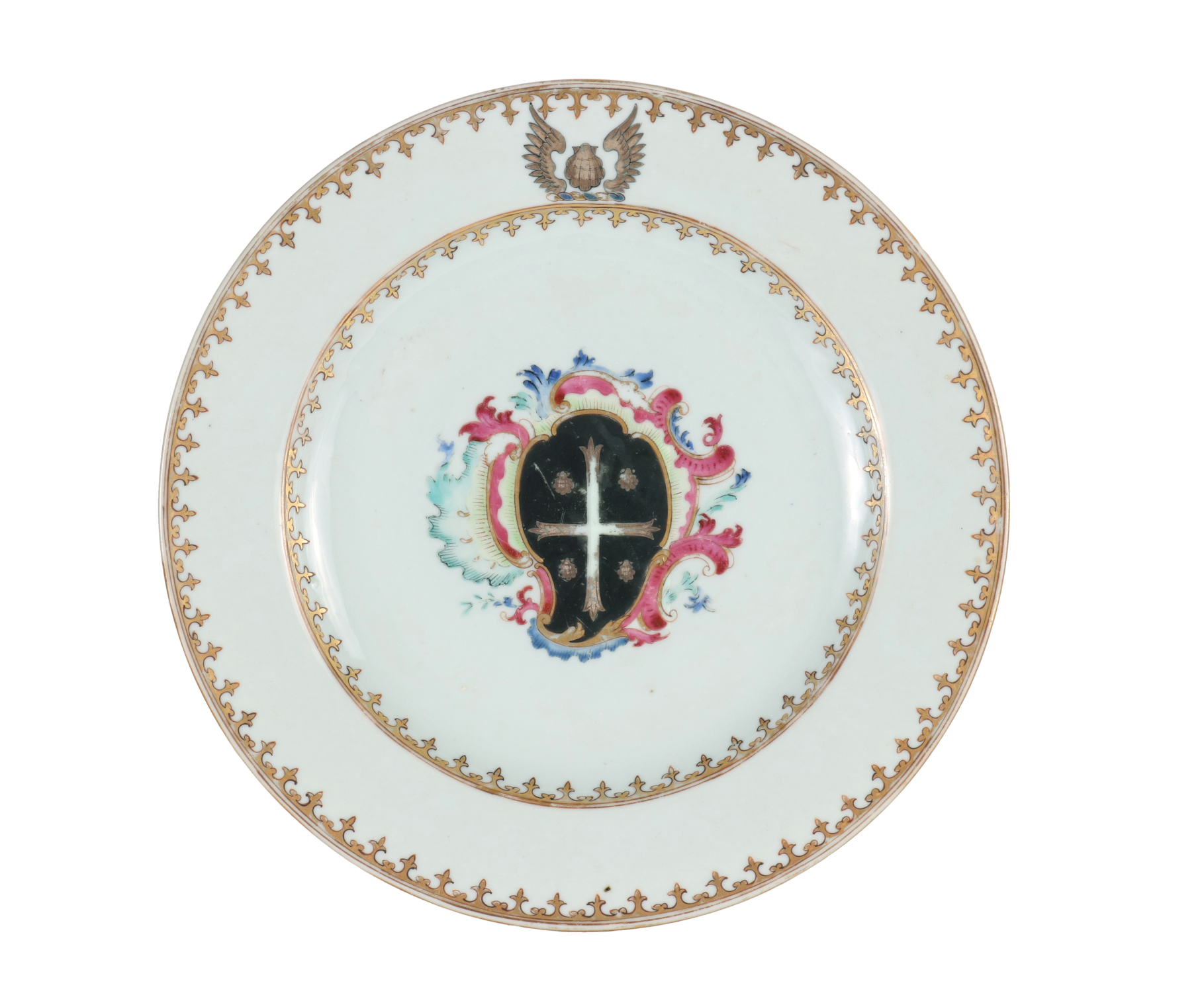 Condition: Good condition with no chips, cracks or repairs. Minor scratches and rubbing, as expected.

Male wigs were at the height of fashion in the middle of the 18th century. The coronation of King George III in September of 1761 prompted artist and satirist William Hogarth (1697-1764) to produce his engraving, "The Five Orders of Periwigs", which lampoons the outlandish wigs and the men who wore them. Hogarth revealed the 'winged periwig' at the end of the second row was worn by Fludyer to the coronation.