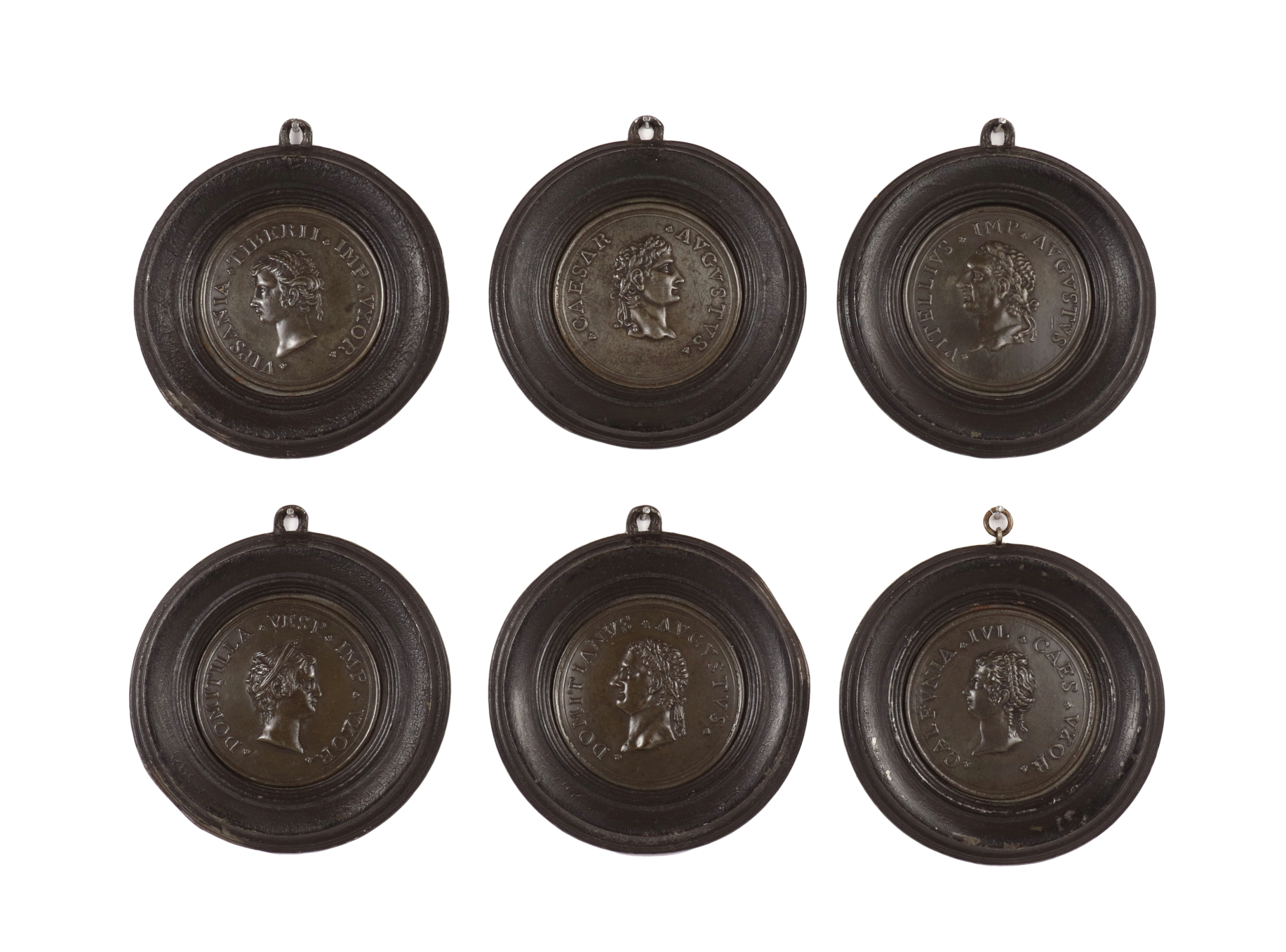 Set of six Grand Tour spelter medallions, each a bas-relief portrait of a Roman emperor or emperor's wife.

Condition: Fair condition. The frames are painted spelter and some are dented and/or chipped, as visible in the photos. Note the repaired hanging ring in the lower right medallion, Calpurnia.