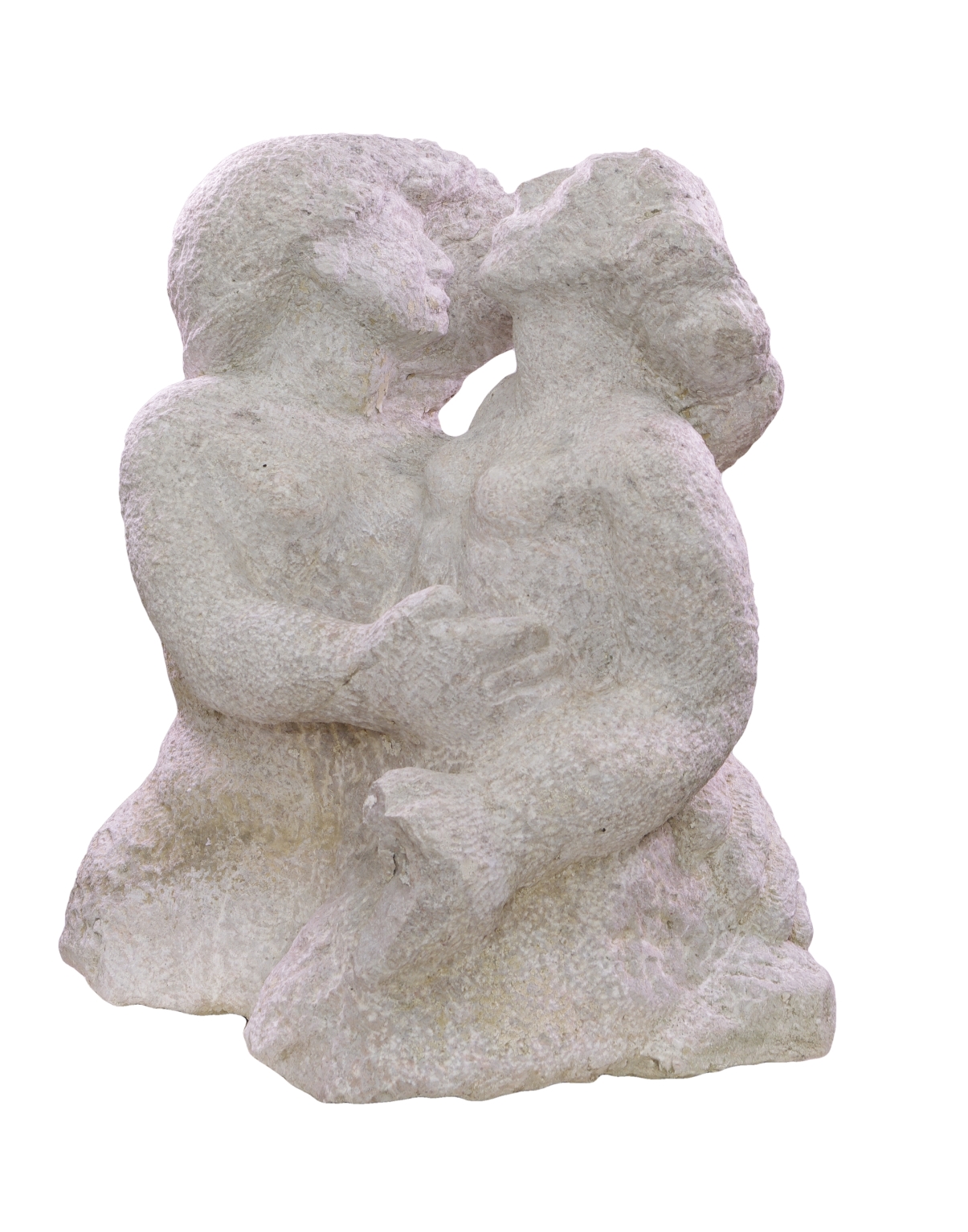 Marion Perkins was born near Little Rock, Arkansas in 1908.[1] Little is known about his early childhood, but in 1916, following the death of his grandparents, he was sent to Chicago to live with an aunt. In the mid-1930s he purchased a newspaper stand at the corner of South 37th and Indiana Ave and it was here that he began to sculpt.

Working beside his stand in blocks of stone and marble salvaged from nearby demolition sites, passersby gathered round to watch him work. He was eventually noticed by educator and art organizer Margaret Burroughs, who introduced him to the local art community.

By 1940 he was accepting commissions and in 1948 he won his first award from the Art Institute of Chicago. His 1951 "Man of Sorrows" won the Institute's prestigious Pauline Palmer Purchase Prize and it is on display in the museum today.

Sometime around 1948 Perkins began work on a series of sculptures called "Skywatchers", of which the present sculpture is believed to be a part. Conceived in response to the US bombing of Hiroshima in 1945, he worked on the series on and off for the remainder of his career. Writing about the project in 1952 he describes his vision, "This conception is embodied in a group of medium sized sculptures in the round, with each individual figure portraying some aspect of Hiroshima. Each figure can stand on its own right, but fitted into the group each contributes to a total conception."[2]

Perkins completed at least five sculptures and one drawing for the project. All depict people looking up in horror, as seen in the present figure. All figures within the group are nude and many display African American features.[3]

Perkins' figures are usually stylized, often displaying elongated anatomy and bulky musculature, as seen in the arms and hands of these figures.[4] Compare the long, muscular arms of the mother in the drawing, "Family in Flight" with the arms of the two figures here.[5] Also noteworthy in the drawing is the treatment of her hair, which appears to be blowing, similar to the present figure.

This sculpture was found in an abandoned garden in St. Louis, raising the question "What's a Marion Perkins sculpture doing there?" Perkins visited St. Louis in 1957 for a two-day sculpture demonstration at the People's Art Center, a United Fund agency that offered training in arts and crafts to adults and children at modest fees. An article in the October 20, 1957 St. Louis Post Dispatch described the event and featured Perkins with a fragment of a small sculpture from the demonstration. Perkins earlier stated he was having difficulty with the "Skywatcher" project, "which causes my enthusiasm to undergo mercurial changes of temperature as I labor for its realization."[6] Perkins might have brought this work in progress to St. Louis for the demonstration, where he either sold it or left it behind.

Whatever its origins, what is not in doubt is the power of this sculpture. It is the story of two women. The kneeling figure, whose eyes appear closed, looks up with great intensity. In the context of the "Skywatchers", she's been blinded by the explosion and clings helplessly to her companion, who draws her close with muscular arms, her hair blowing horizontally from the blast.

Perkins was asked why he didn't attempt to indicate the Japanese identity of the models. "This is an important point", he wrote. "Hiroshima to me represents not only what happened to the Japanese people; it points definitely to what can happen to all mankind regardless of racial or national origin."[7]

[4] Compare with the arms and hands of "Standing Figure" in Schulman, "Marion Perkins: A Chicago Sculptor Rediscovered", Figure 20, p. 99.