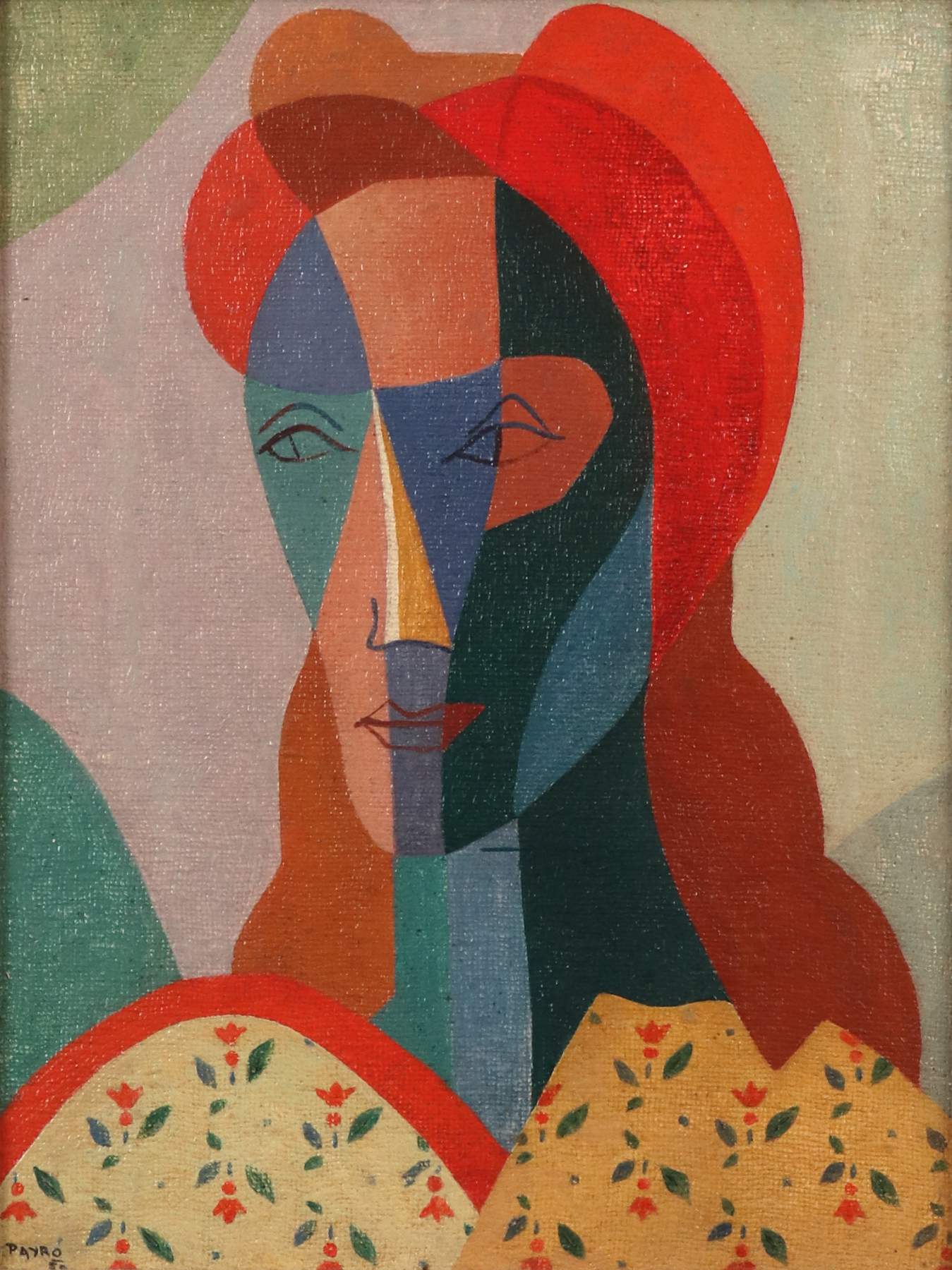 With just a few quick lines over flat fields of color, Payro captures the essence of his sitter. The raised eyebrows and sideways glance portray this keenly alert woman as if she just heard something in the other room. The elegant shapes and lines capture the classical beauty of this woman in her floral print dress, who we might well recognize if we saw her on the street.