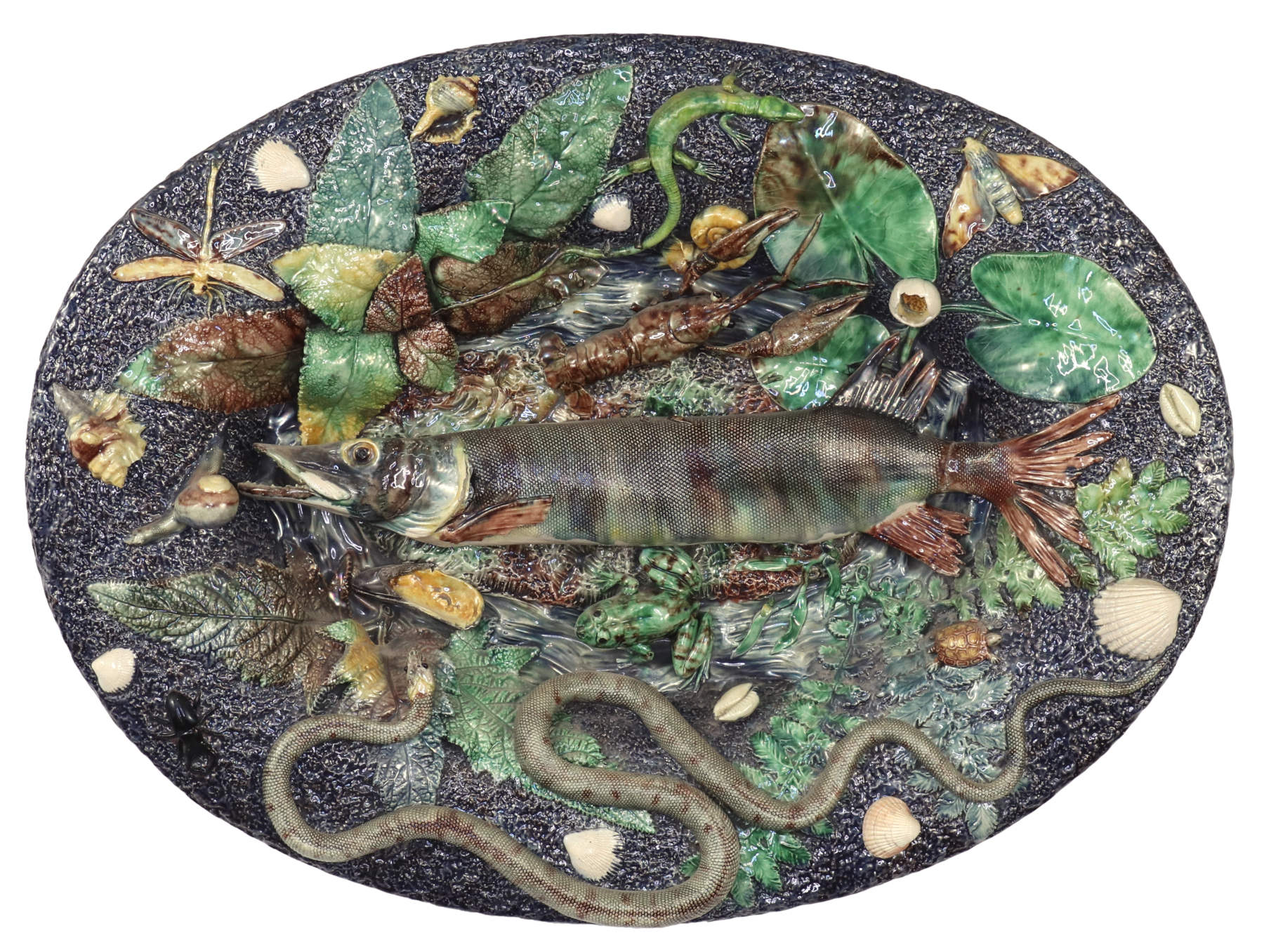 Large and elaborate Palissy ware platter, attributed to the factory of Victor and Achille Barbizet. The long fish, probably a pike, surrounded by plants, insects and amphibians. Plants include ferns and a water lily; insects include a dragonfly, moth and beetle; amphibians include a snake, frog, crayfish and small turtle. Interspersed are a snail and numerous shells. Each creature is realistically modelled and glazed.

Condition: Rim chip to the underside and numerous rim chips, as visible in the photo.

The manufacture of large scale ceramics is not without its difficulties, as evidenced by this large scale platter. While the clay was soft and malleable, but before it was glazed and fired, two cracks appeared in the back and corresponding areas of the fish. They were repaired and glazed and then the platter was fired.