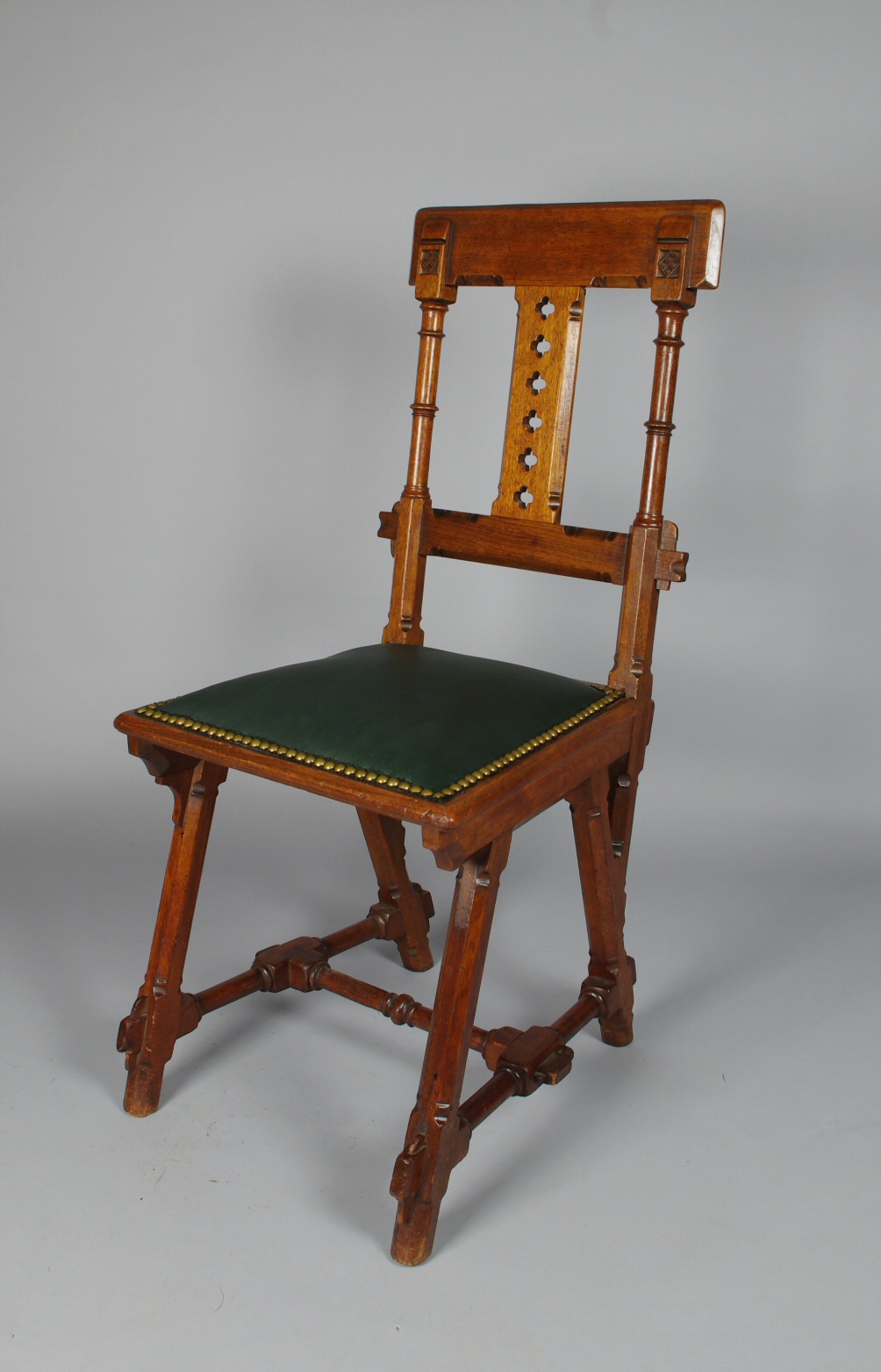 Kimbel & Cabus walnut Modern Gothic side chair, the tablet crest rail let into the stiles over the splat with pierced quatrefoils; the seat, newly upholstered in green leather with brass tacks, on canted legs joined by an H-stretcher, with overall mortise and tenon construction.

Anthony Kimbel (d. 1895) was born into a family of cabinetmakers from Mainz, Germany, a major furniture making center in the 18th and 19th centuries. Wilhelm Kimbel (1786-1869), Anthony's father, opened a workshop in Mainz in 1815 that exercised enormous influence on furniture design and production throughout Germany. Anthony immigrated to the US in the 1840s where he and Joseph Cabus established a furniture and decorating business in New York which operated from 1863 until 1882.

Kimbel and Cabus exhibited at the Philadelphia Centennial Exhibition of 1876 and was one of the few firms to display furniture in the Modern Gothic. This chair, with its numerous gothic motifs, is a fine example of that style within the greater Aesthetic Movement which, among other things, emphasized construction details. In addition to the exposed mortise-and-tenon joints throughout, note the complex bracing where the back meets the rear legs. For more on the firm see "In Pursuit of Beauty- Americans and the Aesthetic Movement", 1986, pp. 446-47.

An identical chair with ebonized chamfers is on display at the Metropolitan Museum of Art in New York, Gallery 743.