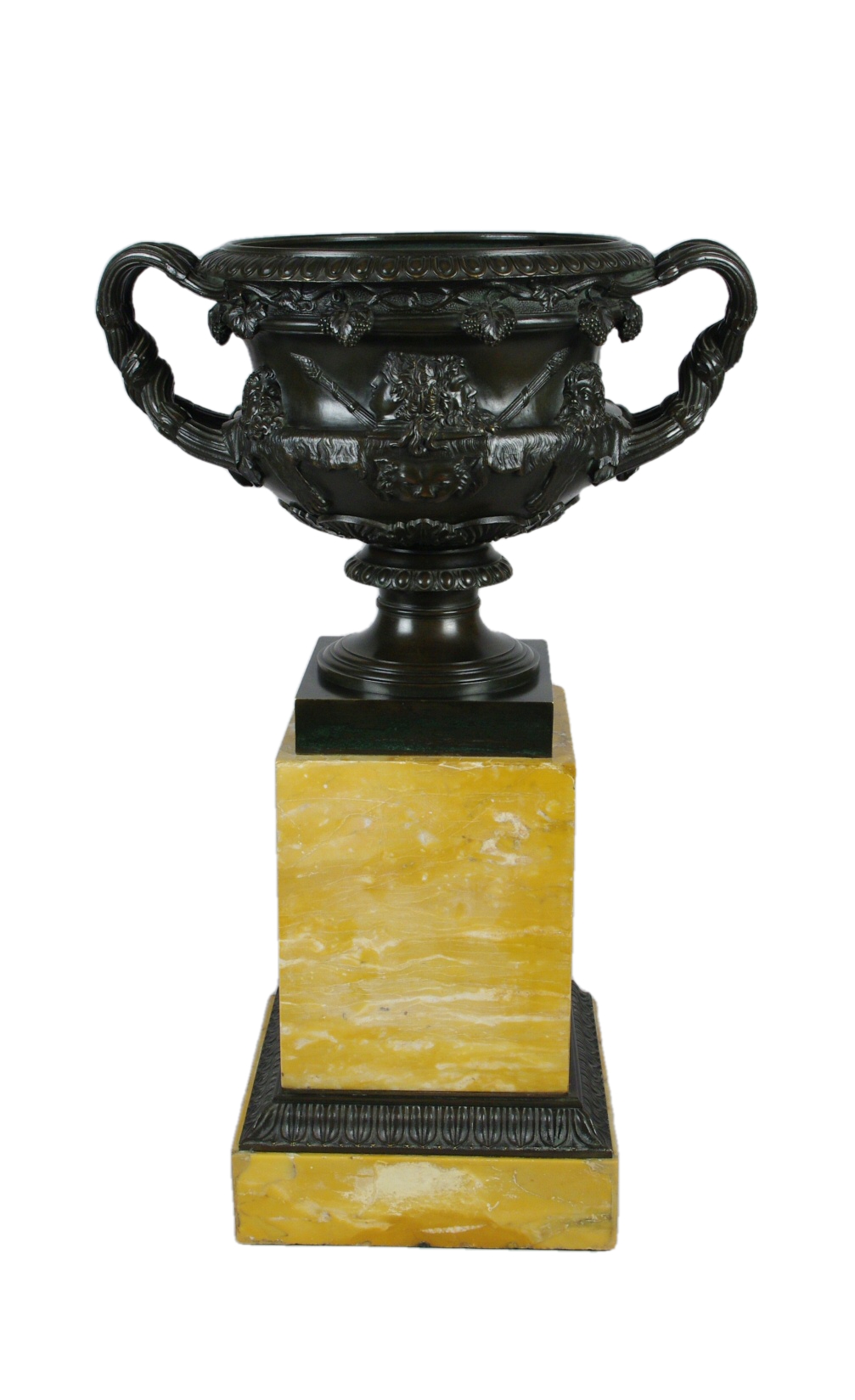 Fine bronze and sienna marble copy of the Warwick Vase.

The original Warwick Vase, carved in marble, was discovered in 1771 by Gavin Hamilton at the ruins of Hadrian's Villa near Tivoli, less than 20 miles from Rome. Restoration was ordered by Sir William Hamilton, the famous collector of antiquities, who eventually passed ownership to George Greville, 2nd Earl of Warwick. It remained at Warwick Castle until 1977, when it was sold and moved to Glasgow where it now forms part of the Burrell Collection.

The Warwick Vase was enormously popular and highly influential. Replicas began to appear by about 1800 and continued throughout the 19th century. This fine example, cast in several parts, dates from the first or early second quarter. The use of sienna marble suggests an Italian Grand Tour origin, possibly Rome.